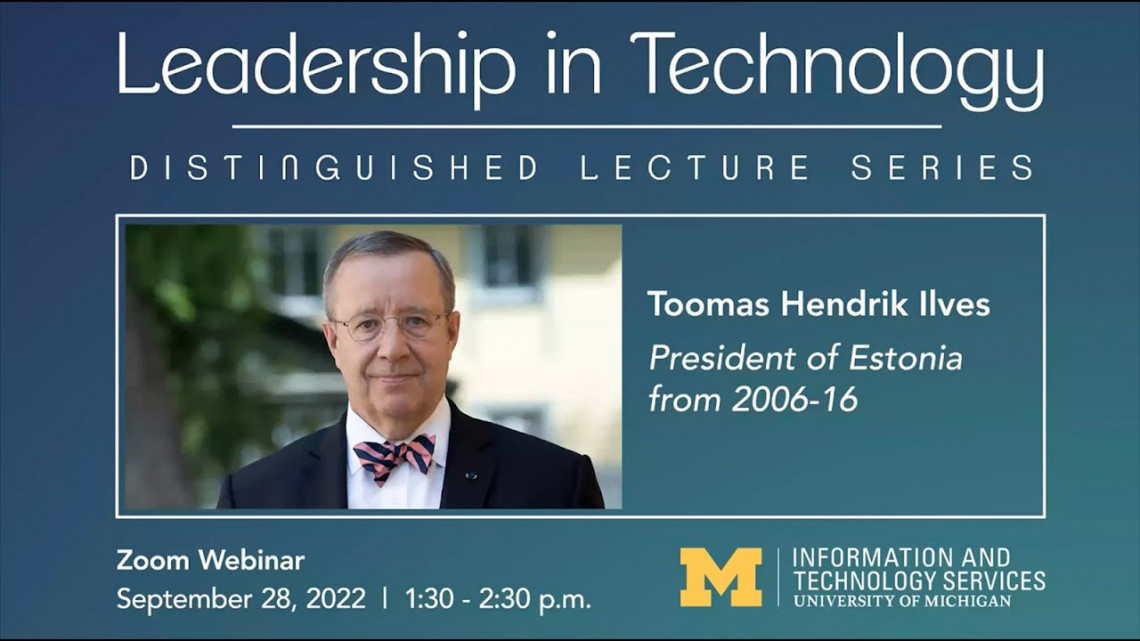 Dr. Ravi Pendse, vice president for information technology and chief information officer at U-M, held a virtual fireside chat with Toomas Hendrik Ilves, the president of Estonia from 2006-16. The conversation covered the intersection of technology and government, cybersecurity, and more — Ilves was in office when Estonia was a victim of a massive cyber-attack, believed to have originated in Russia, in 2007.

Ilves is renowned for making Estonia one of the most digitally advanced nations through innovative policies that invested heavily in the future. He used his office to further the country’s leadership in digital governance as well as in cyber security. His interest in computers stems from an early age — he learned to program at the age of 13 — and he has been promoting Estonia’s IT-development since the country restored its independence. Ilves was born to Estonian refugees and raised in the United States, and holds a BA from Columbia and an MA from the University of Pennsylvania.

The Leadership in Technology: Distinguished Lecture Series invites you to hear from industry leaders and find inspiration in their journeys as you embark upon your own path to challenge the present and enrich the future through the innovative use of technology.

When Is A Business Ready For IT Managed Services?